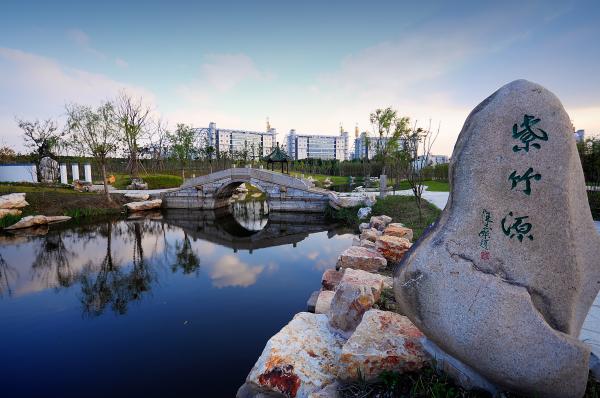 East China Normal University (ECNU) is recognized as one of Shanghai’s top public research universities under the patronage of the Ministry of Education, and is included in China’s national education projects, “Project 211” and “Project 985”.

It was formed in 1951 with the merger of the Great China University founded in 1924 and Kwang Hua University established in 1925, and was joined at the same time by a number of faculty members from the St. John’s College, Fudan University, Tongji University, and Zhejiang University.

In 1959, ECNU was officially declared as one of the first of the 16 national universities leading in China’s higher education; its status was re-affirmed in 1978. In 1972, it was known as Shanghai Normal University, merging with Shanghai Normal College and Shanghai Sports College. In 1980 its original name was resumed after the above-mentioned colleges were disbanded from ECNU.

In 1986, ECNU was selected to be one of the first of the 33 higher education institutions authorized by the State Council with an established graduate school system. In 1996, after being approved by the Ministry of Education, ECNU became one of the first universities sponsored by the major national programs, “Project 211”. From 1997 to 1998, Shanghai Preschool Education College, Shanghai Education College, and Shanghai No. 2 Education College were incorporated into ECNU. In 2002, construction of the Minhang campus consummated a new cornerstone in ECNU history, and upon its completion in 2006, it replaced the campus at Zhongshanbei road to become the main campus of the university. In 2006, the Ministry of Education and Shanghai city government signed a partnership to co-sponsor the development of the university. This qualified ECNU as a member of the national “Project 985”, and facilitated ECNU’s efforts to be more comprehensive, research-oriented, and internationalized.

As the first national university of the People’s Republic of China to promote teacher training, ECNU has firmly upheld the ideals of “ Creativity, Character, and Community” all the while adhering to the university motto of“Seek Truth, Foster Originality, and Live up to the Name of a Teacher”. In higher education, enhancing morality and fostering talents represent basic tasks of education, which the university has implemented from the CPC’s education and other related policies in order to promote the “three whole education” mode -- a new direction in Chinese higher education that features “whole staff education, whole process education and all-round education”. It is also a priority to strive for teaching innovation, scientific research, and projects of national strategic importance, and carrying out its rigorous action plans: “Education Plus”, “Ecology Plus”, “Health Plus”, “Intelligence Plus” and “Internationalization Plus”.

In line with a roadmap for building Chinese universities into world class entities unveiled by the national 13th Five-Year Plan, ECNU has made a three-step plan to achieve its longstanding goals: The university aims to become a world renowned university with distinctive characteristics and advantages by 2020, a near-world-class university by 2035, achieve world-class status by mid-century, and in a bid to make contributions to the great cause of constructing a powerful nation of education, revive the spirit of the Chinese nation through higher education.

ECNU is also home to two State-level laboratories referred to as State Key Laboratory of Estuarine and Coastal Research, and State Key Laboratory of Precision Spectroscopy. It has one unconventional college called the School of Open Learning and Education, which is also known as Shanghai Teachers Development  School. Moreover, the Ministry of Education’s Training Center for Secondary School Principals at ECNU is a state base for the training of secondary school principals.

As of March this year, the university has enrolled 14,856 full-time undergraduates, 2,969 doctoral students, 16,327 postgraduates and 2,274 international students. Among its 4,128-member faculty, 2,278 are full-time teachers, including 1,871 professors and associate professors, 13 academicians of the Chinese Academy of Sciences and Chinese Academy of Engineering (some of them are academicians of both academies), 24 teachers included in the national 1,000 Talents Plan sponsored by the Organization Department of the Central Committee of the CPC, 32 distinguished professors and chair professors for the Yangtze Scholar Award Program sponsored by the Ministry of Education, 33 National Science Fund for Distinguished Young Scholars award winners, nine teachers included in the national 10,000 Talents Plan and Famous Teachers List, 11 “state-level talents” chosen by the New Century Talents Project, 25 young teachers named in the national Thousand Talents Plan-Youth Program, 20 winners of the National Outstanding Youth Fund, seven teachers for the national Leading Youth Talent Program, seven Yangtze River Young Scholars, 30 teachers selected into the Shanghai Orientalists list, 24 included in Shanghai's leading and backup talent pool, 19 teachers for Shanghai 1,000 Talents Plan, and 143 professors for ECNU’s Zijiang Distinguished Young Scholars Program and Zijiang Young Scholar Program.

The university sponsors or supervises the publication of 23 academic journals and periodicals, as well as four English-language academic journals. Its library collection tops 4.638 million volumes, with 144 electronic document data bases comprising 433 sub-data bases. The university has set up a Basic Education Group, and 28 primary and secondary schools and kindergartens are affiliated to the university. According to the requirements of the national mandatory education project, it also offers high-quality, non-diploma programs and other education programs for bachelor's and master's degrees.

In regards to its global outlook, ECNU values its cooperation and exchanges with international counterparts, such as its strategic cooperative partnerships with world-renowned universities - the ENS Group of France, New York University, University of Virginia, and Cornell University in the U.S.A., the University of Queensland in Australia, Universidade de Sao Paulo in Brazil, and Tokyo University in Japan. Many agreements on academic cooperation and exchanges have already been established with 200-strong universities and institutions worldwide. It has also teamed up with the ENS Group to establish a Joint Graduate  School, along with ENS Lyon and CNRS of France to set up a science and society research institute, JoRISS.

China’s first Sino-American university gained the status of an independent legal entity – New York University Shanghai (NYU Shanghai) – co-established by ECNU and New York University, and was approved by the Ministry of Education in early 2011. The university also partnered with EMLYON Business School of France to set up Asia Europe Business School (AEBS) and co-established the ECNU-UH Joint Translational Science & Technology Research Institute with the University of Haifa of Israel.

In addition to its academic partnerships, the university runs an online college of Chinese language, with over 5,800 students in 137 countries and regions, in collaboration with the National Office for Teaching Chinese as a Foreign Language (NOCFL). The online program is the first of its kind to be established in the country. In 2008, it set up the NOCFL Study and Training Base for International Chinese Teachers. It also sponsors eight Confucius Institutes all over the world.