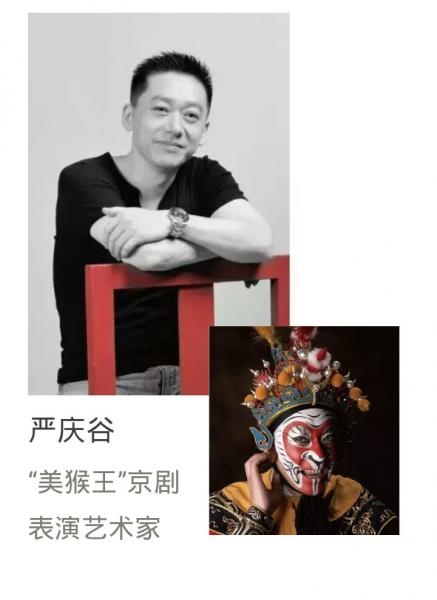 Yan Qinggu is the heir of the Peking opera master, Zheng Faxiang. He started his professional opera training at the age of 11 years old and now he is an outstanding performer of the martial arts and clown role in the field of Peking opera. This year is the year of the monkey, so Master Yan Qinggu played the role of Monkey King for our students. In the lecture, he has introduced the quintessence of Chinese culture, Peking opera. The audiences came to realize how incredible the Peking opera, Monkey King, is after learning the Chinese classic novel Journey to the West. 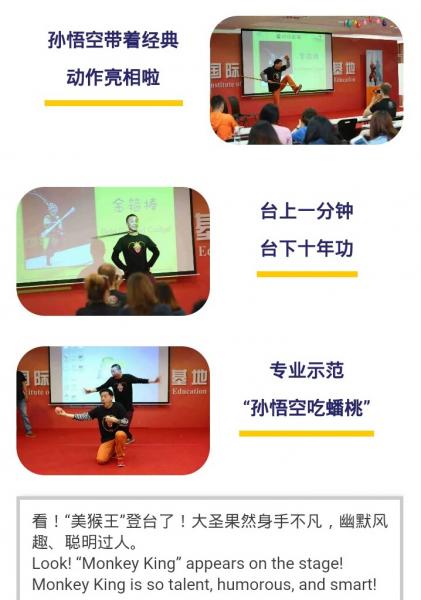 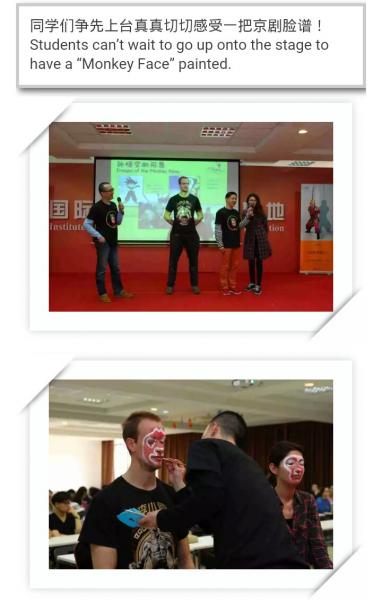 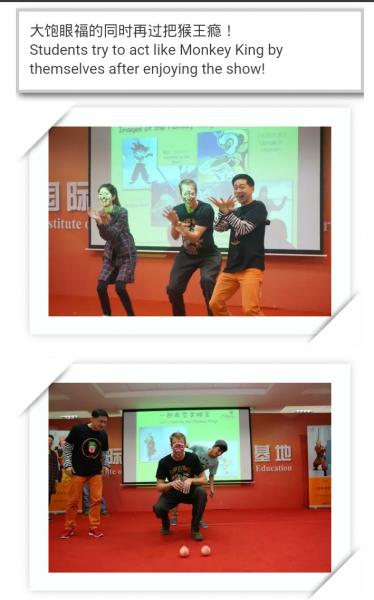 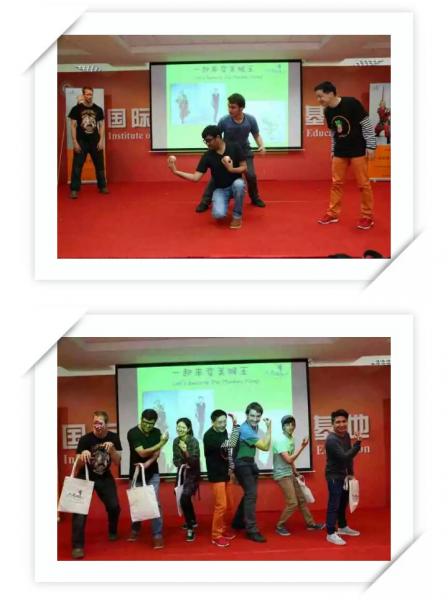 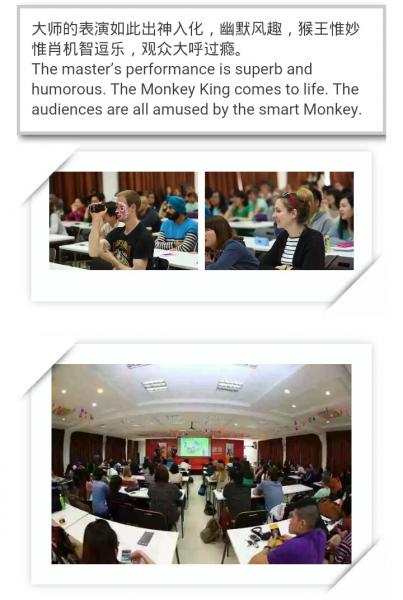 Students were totally impressed by the Chinese Peking opera. The stories in Peking opera encourage the true, the good and the beautiful while criticizing the fake, the evil and the ugly. Today’s show from the Peking opera artists was a real feast for the eyes. There are about four artistic techniques and four major roles applied in Peking Opera, including singing, dialogue, acting, acrobatic combat, Sheng, Dan, Jing and Chou. Peking Opera is truly mysterious and profound. 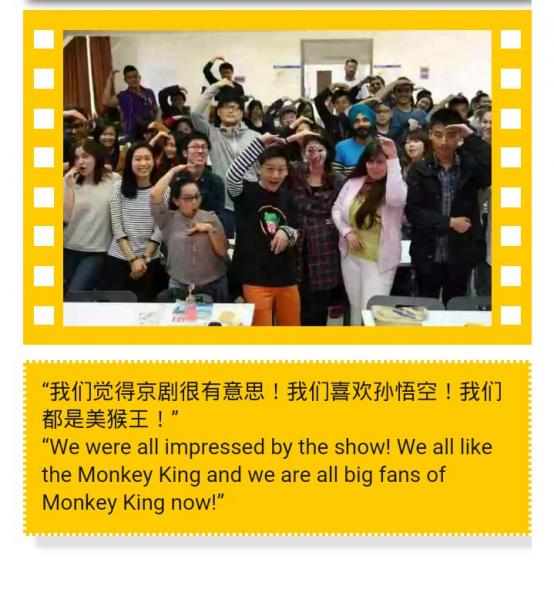